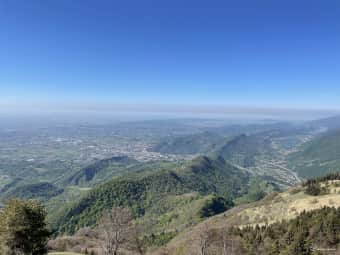 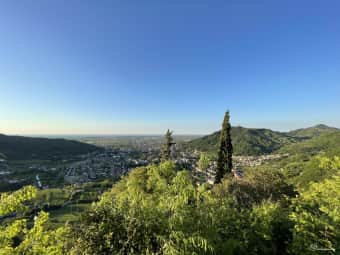 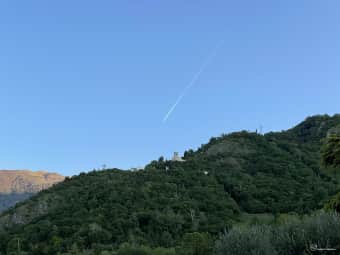 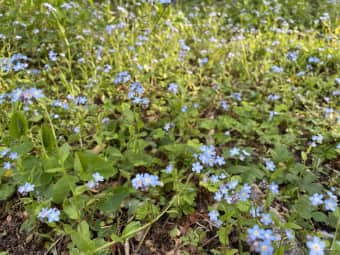 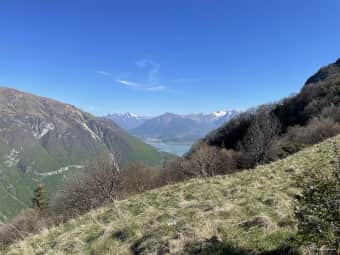 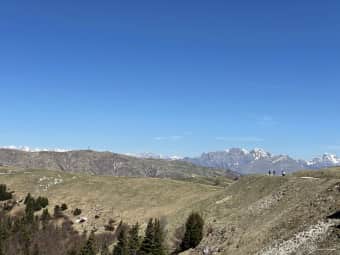 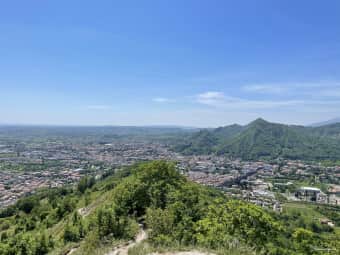 Wake up at 4.30, the sun has yet to rise, the head is already on today's excursion! After months of inactivity I opt for a destination close to home, in my Prealps.
I choose to leave early because the weather forecast gives a scorching sun and, given the low altitude of the route, I'm afraid of being too hot. But there is another reason: the Madruk Trail which is being held today and a good part of the route will pass through the route I set out for!
So the anxiety of having super athletes running after me doesn't make me leave at a more "human" time.
I reach Vittorio Veneto and at 6 am I park the car in the Costa district, at the foot of the Madonna della Salute. Boots, backpack and off for the stretch of road that connects me to Serravalle. Arrival at the foot of the entrance stairway leading to the Sanctuary of Santa Augusta.
Santa Augusta is an institution for the Victorians: everyone has gone through the hairpin bends, the rough and steep cobbles that lead to this splendid sanctuary. On 22 August, right from here, on the occasion of the celebration of the Saint, the fireworks start, representing a spectacle that attracts visitors from all over the Veneto region.
A short but intense climb that ends in a steep staircase that leads directly to the churchyard of the sanctuary. Here I go around the church on the left and take the path on the right with a sign indicating "Madonna dell’Agnelezza". The mining trail begins, signposted CAI 980, which runs along the Serravalle coast. The top of the ridge overlooks an old stone quarry which gives the path its name and which, in the past, was the supply of stone that from here reached Vittorio Veneto through the locality of Piadera. After a first initial leap in altitude, we arrive at a ruin that should date back to Roman times and connected to the Castrum di Serravalle.
The route winds through the woods, sometimes airy, others denser with beech trees. After an hour and a half of walking from Santa Augusta, you come to a crossroads, with a bench. Continue straight on to the Agneliness. By taking this choice and, after less than half an hour, with another little climb, you arrive at the Madonna of the same name. A short pause and, after a hairpin bend on the right, you will reach a noteworthy panoramic point: from here you can fully see Vittorio Veneto! From the left Fregona, Vittorio Veneto and the Serravalle ridge just traveled, up to the Revine lakes. On the other hand, I see today's goal: the top of Mount Pizzoc!

One last effort and the landscape gives a decisive change: the wood is replaced by a clearing that runs along the ridge. This ridge is also called Agnelezze and allows you to have a breathtaking view of the majestic Visentin in front of you, a dream glimpse of Lake Santa Croce and the backdrop of the Dolomites.
I choose to deviate and take a path that is not very visible on the right that leads to the Taffarel dairy. From here begins the "path of the poacher", CAI 981. You stay at a height along the north face of Pizzoc longitudinally. When you reach a series of ruins you will notice a path that climbs to the left: it is one of the variants of the "direttissima" to the top!
The path is not very marked, it has red dots here and there, but it is still clearly distinguishable. The slope increases with each step: this last effort is needed to reach the summit. Precisely in the final part it is necessary to point out the presence of many crashed trees that force you to really uncomfortable passages that need to pay due attention.
After about 3 and a half hours from the Sanctuary of Santa Augusta I reach the city refuge of Vittorio Veneto. The view from here is priceless and you can also see the sea and the Venice Lagoon! The goal has been reached, a short break and the way back through the direct route, straight towards Sonego.
The path remains throughout the descent into the woods. Little marked but, as mentioned above, clearly visible, it also has a metal rope in a stretch to avoid slipping on a rather steep stretch with few holds. I cross the poacher's path and find myself on the Madruk Trail. Fortunately, the last participants are passing and they are not in the way. I take the liberty of making the descent even straighter by cutting into the woods. So I reach a votive chapel in Sant’Antonio and from here I quickly reach the town of Sonego.
I completely cross the hamlet and resume the mining path that heads towards Mount Castello. I stay on the path that runs along the hill (CAI 1037a) and soon arrive at the mythical Caglieron Caves.
At this point I am forced to take a stretch of paved road and, after an S right-left, I rejoin the mining path which resumes on the right in the locality of Breda. The trail first climbs, then makes a short descent on a stony road. After 50 meters downhill, you have to take the track that goes up on the right. I follow the path that still remains nice wide up to a crossroads. Keep to the left (sign with indication "V 4" and you will reach the ridge of the coast of Fregona.
The overall view that presents itself is splendid: from the parking area, up to Santa Augusta, the Serravalle coast, the Pizzoc ... the entire route just taken at a glance!
I go back to the memories as a child when I reached “the antennae”. Here, in fact, there are television repeaters for the vittoriese. This goal was my Everest at a young age.
Descending from the ridge, after the antennas, I reach the church of the Madonna della Salute, the last stage of this splendid adventure. A last look at the city from the top of the panoramic terrace and satisfied return to the car aware of having completed a loop that encompasses all the variety and beauty of the Vittorio Veneto Pre-Alps!