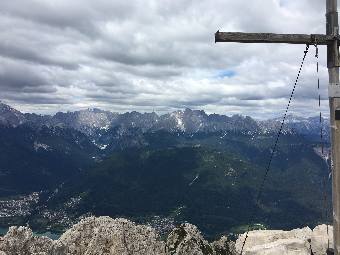 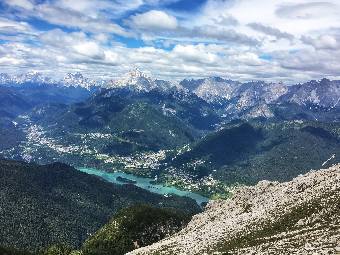 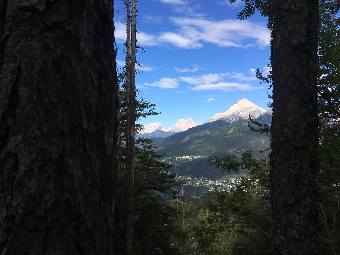 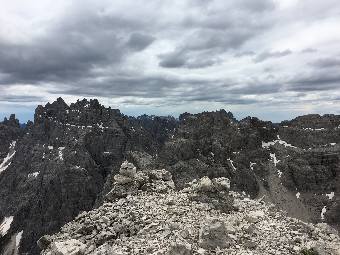 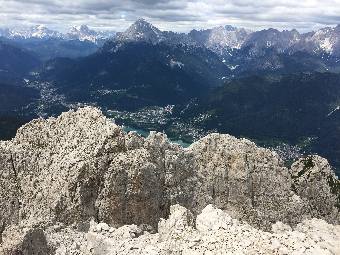 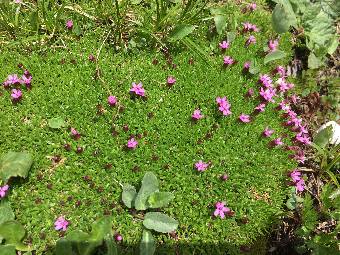 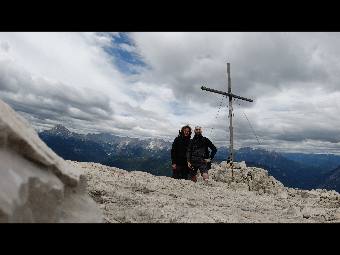 Return to the origins on a path made about 15 years ago and not concluded due to the lack of experience of the time. Departure from Domegge di Cadore, Cercenà refuge easily reached by car. To share today's adventure is my friend Leonardo well trained and ready for the challenge. The path first goes into a wood with a pleasant slope and which allows a nice conversation. Arrived at an altitude of 1300m at a crossroads, the path takes a sharp surge and becomes demanding from a physical point of view. Once you leave the woods, mugo pines, blueberry plants and beautiful flowers make their way with suggestive views of the Valle Cadore valley and the splendid lake. After about 2 hours from departure, you will reach the Montanel bivouac (Casel de Montanel), the flagship of the Domegge CAI. A short stop and then we left in the direction of the summit. Here the path changes and winds near the scree slopes that surround the whole area. The last remaining snow of the season also appears.

After leaving the scree, the path stops at the base of a real pyramid of grass, high and very steep: at its peak the final rocky part of Montanel. This piece of path is not difficult but it puts a strain on endurance and physical preparation. Once you reach the rocky summit there is the indication "Cima Montanel" with the arrow to the right. Here begins the most difficult and demanding part of the route. Simple up to the "bridge": the characteristic point that had stopped me in the past. It is a passage on a narrow rock that acts as a "bridge" on an exposed piece. After this point you get to the most uncomfortable part with a passage on a large climbing boulder (II degree). From here on, I degree stretches follow, sometimes exposed, up to the coveted summit! Here you have an extraordinary view of the Centro Cadore Dolomites, the valley, up to the Friulian peaks. Inevitable signature on the summit book to seal an excursion that has proved almost a feat! The return is done from the same route as the outward journey. Arriving at the Montanel bivouac we also made a small detour to a characteristic source. Once we reached the Cercenà refuge, we enjoyed a nice slice of homemade dessert and a refreshing radler. An unforgettable adventure that, for some difficult and demanding passages, has taken on epic nuances!