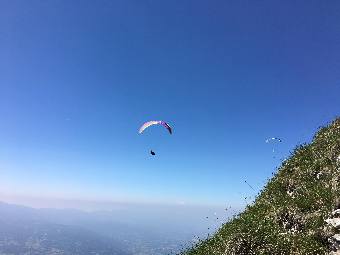 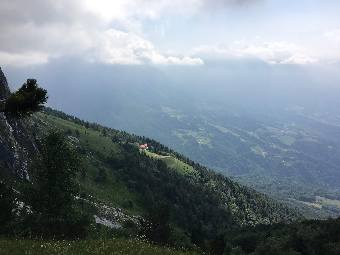 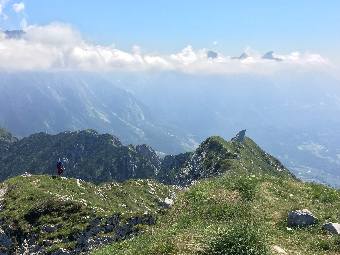 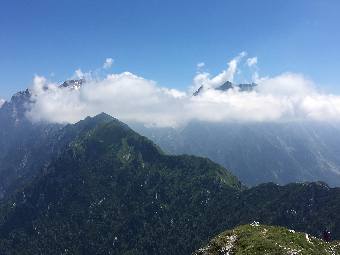 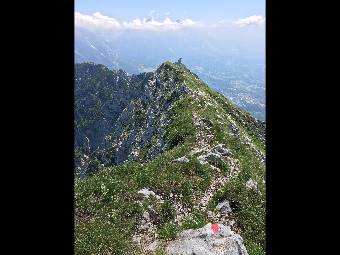 For the third time in a year I try the summit of Monte Dolada. This seems the right time and Tomaso appears to accompany me. Departure directly from the Dolada refuge and off to the Busan fork. The climb is immediately bristling and in some places (just before the fork) slippery due to the presence of earth and gravel. Once in the fork the view ranges almost 360 °. Col Brustolà does not allow you to see Valbelluna well. In the fork there were moments of uncertainty about the choice of the path to the summit. After a couple of wrong choices, we covered it in all its splendor: in fact, at the beginning a beautiful piece peeps out where you need to climb carefully. Afterwards, the path seems to open, but after a few hundred meters it narrows and rises directly towards the coast of the mountain.

A splendid knife blade ridge is thus formed. Very characteristic and breathtaking as regards the panorama: you can see the whole Valbelluna, the legendary Lake of S. Croce, the Schiara. After about half an hour from the fork, we are finally at the top! An immense satisfaction to reach this peak which borders on 2000mt. It is not for the altitude, but for the originality of the path, it was a really beautiful and exciting peak. At the top, all the fauna that we did not meet uphill kept us company: flies, horse flies, bees, wasps, hornets. Maybe all these animals have climbed to the top to find some refreshment. At the top, however, without wind it reached 30 °. After the usual photos that also ranged towards Col Nudo, Teverone and Messer, we signed the summit book and set off again. Here we began to see a myriad of multicolored paragliders that have become splendid subjects for different photos than usual. The esplanade in front of the Dolada refuge, in fact, is perfect for lovers of this sport and to be able to fly over the splendid lake of S. Croce. After reaching the car and leaving our boots, we enjoyed a nice break in the undergrowth and a nice cold beer at the refuge.