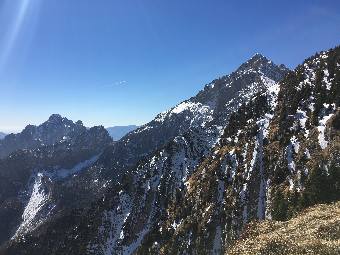 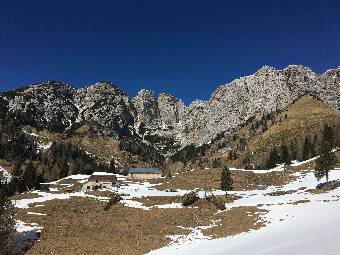 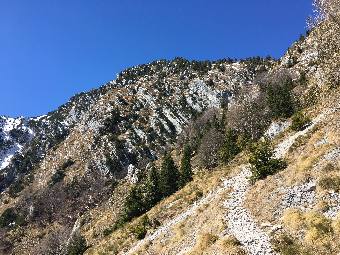 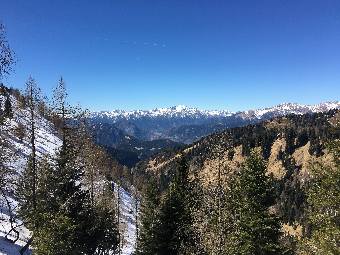 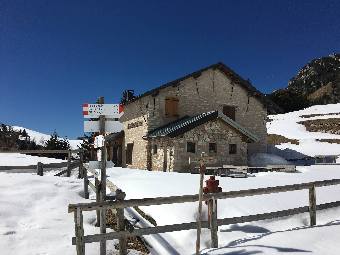 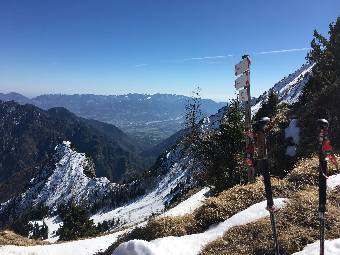 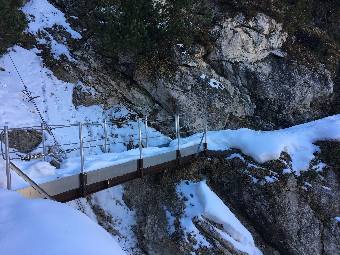 Departure above Feltre from Val Canzoi to reach one of the new refuges: the Boz refuge. Path interrupted to the public for too many trees fallen on the path, but quite simple ... on the way out. Up to the Finestra pass at 1776 meters, I found no difficulty and no snow. From here on, however, the excursion proved to be an adventurous venture! The path, due to its position, immediately presented itself as an intact white bed of snow: nobody had beaten track for several months. My only point of reference, since I had never followed this path, were the footsteps of some animal who wanted to take refuge in the Boz refuge. At certain points, there were micro avalanches that had recently fallen on the path. The heat was felt and the step on the untouched snow became heavier and at a certain point the concentration fell, so much that I slipped and lost control for 25 meters of descent. Fortunately, the boots took hold on some soft snow, otherwise I would have gone down again to lay down on the plain at the bottom. The ascent was tough but it made me realize how important it is to always stay focused, especially if alone. The Boz refuge could be seen practically from the Finestra pass but never arrived. Being able to see him close and touch him was a liberation. His shadow was providential to combat the scorching sun of the day (the 25-meter slide on the snow was a cure-all for some refreshment). While I was drinking I looked around and started to sweat cold: I had not noticed that to reach the return fork there was a lot of difference in height, again.

A bit of calculations on the fly with the map and I confirm the choice of the planned ring route. In half an hour I managed to reach the Alvis fork on a really demanding fresh snow path without snowshoes. I had finally finished the climb and this time it really would have been downhill from here! The view towards the Val Canzoi and Col del Demonio was truly rewarding. The return, since I was a little late compared to the budget, I did it headlong. Fortunately there was less snow on this side of the path, but it was present up to 1200 meters: crazy for the season. After a third of the route I found the Malga Alvis, a nice refreshment point with a splendid sundial with a very true motto: "Il sol magna le ore". The rest of the path is quite anonymous inside in the woods. Noteworthy are the ice stalactites in some rocky points overlooking the path. Finally the lake La Stua peeked out, the finish was close ... yes unless climbing (climbing) on ​​an infinite series of fallen trees on the path that they could not even get around. Once I had overcome these obstacles, I ran into a group of lumberjacks who were cleaning the forest of these dangerous trees. Also on this side the path was closed to the public. In my passage everyone looked at me as if I had been an alien! After passing the lake and returning to the asphalt road, I quickly reached the car and completed the exceptional ring. 19.15 km, over 1400 meters of positive difference in height for a total of 5h and 30m. Days later I checked the hiking reviews of this itinerary and all agreed on the timing of 8h-8h 30m to complete the ring! So very satisfied with the preparation.